The Pimsleur Method™ was established nearly 50 years ago by Dr. Paul Pimsleur. “There exists an urgent national need for self-instructional materials in many of the world's languages,” wrote Dr. Pimsleur in 1963. With that goal in mind he developed and recorded Modern Greek, the first of the Pimsleur Language Courses. It was a test of his new theory of self-instruction which resulted from his years of teaching and his study in linguistics and the psychology of language, specifically of how memory could be triggered to best implant a new language.

Modern Greek was followed by Speak & Read Essential French, then Spanish and German were completed by 1967.  Having tried unsuccessfully to market his language tapes on his own, in 1970 Dr. Pimsleur gave them to Charles and Beverly Heinle at The Center for Curriculum Development in Philadelphia. The Heinles later set up in Concord, Massachusetts, marketing audio-visual courses and the Pimsleur programs to schools.

In 1976 Paul Pimsleur died suddenly in France while serving as a visiting professor at the Sorbonne in Paris. He was 48 years old. It wasn’t until 1980 that the Pimsleur Courses were first marketed to consumers.  A listening booth was set up at the Harvard University Bookstore, The Coop, so the prospective learners could sample the lessons and understand how the Pimsleur Method worked before they purchased a copy.

In 1992, editorial headquarters moved to its present location at 30 Monument Square, Concord, where over the past 20 years, over 50 languages have been recorded in multiple levels and editions.

Simon & Schuster took on distribution of the Pimsleur courses to bookstores in 1995, and in 1997 S&S purchased the rights to the Pimsleur copyrights along with the Editorial Department, establishing Pimsleur Language Programs as a separate imprint. The S&S/Pimsleur Recording Studio was opened in Concord where editorial and production remain today.

Available first on reel-to-reel tape, then on cassette, Pimsleur courses migrated to CDs in the 1990’s and to digital download editions in 2005.  In 2008 Pimsleur introduced its first children’s line, Speak Spanish with Dora & Diego, released in coordination with Nickelodeon’s Nick Jr.

In 2009, Pimsleur began supporting the international humanitarian activities of Doctors Without Borders/Médecins Sans Frontières, with donations of Pimsleur Language Learning Programs. In 2010, as a response to the earthquake in Haiti, Pimsleur gave away some 6,000 Haitian Creole courses to aid workers and rescue organizations. In 2011 a special 8-hour Japanese course was created for rescue workers and some 7,000 courses were donated to those heading for Japan.

In 2010 Pimsleur received a grant to produce and distribute Pashto (spoken largely in Eastern Afghanistan and Northern Pakistan) free to the military. A Boston-area philanthropist, an avid user of Pimsleur language programs, had a dream of giving U.S. Troops the ability to communicate directly and easily with the civilian population in Afghanistan. His vision led him to fund the project, now known as Operation Speak Easy and run under the aegis of the USO.  This dream became a reality and allowed Pimsleur® to develop audio-based language training courses in Pashto and Dari. The USO is distributing these courses free of charge to U.S. Troops via digital downloads from the USO and portable audio players from Playaway.

At Pimsleur, we remain dedicated to Dr. Pimsleur’s vision of developing and distributing effective language learning courses for a wide variety of languages, now available in an equally wide variety of formats. 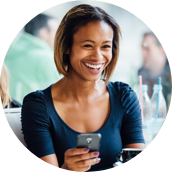 5 out of 5 stars. I love the Pimsleur Series. I listen to the 30-minute tapes during my work commute not only do I enjoy the drive, I am learning a language that is completely new to me. ”
Jill Conner from Santa Fe, New Mexico
​